See all news posts
Fellows Spotlight
Creating a Thriving Hawaiʻi for All
October 5, 2022

What truly matters to you? At the end of your life, what is going to be most important? Probably love and relationships—your family and friends. Health—not having it brings clarity on its importance. Perhaps the mark you left on the world—not in the “I was here” in the bathroom stall sense—but your impact on other people.

Things that don’t make it on the list: your electric car, your favorite pair of pants, the size and shine of your kitchen. Wonderful stuff, but just not at the top of the list of most important things. There may very well be someone who says with their dying breath, “Bless you La Cornue Induction Range. You made life worth living.” But they are a rarity.

When we know what’s truly important to most people, why don’t we have an economy that prioritizes those things? We’ve figured out how to build 1,500-foot residential skyscrapers and pizza-making robots. Why then have we not figured out how to create an economy in which everyone working a 40-hour week can afford to put a roof over their head and food on the table?

The economy is a human invention. God did not create it on the eighth day. People made it for the same reasons we made spears and hammers—as a tool to better provide food and shelter for ourselves and the people we care about. The economy is supposed to work for its people, and for it to work, it takes a group effort. But the reality is that many of our people are working for an economy that is not working for them.

Over the past 40 years, Hawaiʻi has experienced significant growth in productivity as measured by the GDP. Yet little of the growth has translated into wage increases for our low- and moderate-income workers who have seen their incomes fail to keep pace with increasing housing costs. As they contribute more and more to our economy, they are falling further and further behind. Nearly half of Hawaiʻi’s residents are struggling to get by.

These struggles have become so commonplace that they feel almost inevitable. There is a prevailing narrative that we should let go of the handlebars by “eliminating regulation” and placing our faith in the “free market.” The story reinforces the idea that economic forces are largely out of our control. It’s not true. The moment that humans emerged from their caves, laid down their clubs, and started recognizing and respecting personal property is the moment that we began making the rules upon which our economy is based. We can change the rules. But the rules will always be there, whether they favor the many or the few.

This is not to say that bureaucratic inefficiencies don’t exist. They do, and we might be able to make incremental progress by addressing them. But to achieve the transformational change necessary to create an economy that generates a shared prosperity for all people, we need to change the fundamental principles and assumptions upon which our economy is currently based.

The United States economy was founded on chattel slavery and the taking of the lands of indigenous people. The echoes of those practices reverberate today—not just through the generational perpetuation of poverty and wealth—but with our society’s current acceptance of wages that are insufficient to cover living costs, and the idea that housing is an investment rather than simply a place to live, which everyone can and should have.

Because we’ve built our economy around these harmful fundamental assumptions, writing them out of the rulebook isn’t easy. The likes of George Washington praised the idealism of abolitionists while tut-tutting their realism, and we continue to explain his actions as a product of the times and perceived necessity.

We look back in revulsion at the past generations that accepted slavery and propped it up with false and dehumanizing justifications—that Blacks were lazy, inferior, or even better off as slaves, and that slavery was an economic necessity. There’s little doubt our future generations will look back on us in the same way—horrified that we maintained an economy where half our families are barely scraping by at the same time we are building rocket ships to Mars. The future isn’t going to buy our excuses, especially as it becomes clearer that inequality hurts us all.

There are already places in the world where people have greater well-being through a more broadly shared economic security. Places like Finland, which has nearly eradicated street homelessness by adopting an unconditional right to housing through a “housing first” model. And Sweden, which has made investments in its people including free higher education and free medical care, and attained one of the world’s highest levels of income equality.

It helps to see what’s possible, but we don’t need to look elsewhere for inspiration. We can follow the lead of ʻĀina Aloha Economic Futuresandtheir work to advance objectives that “focus on the well-being of Hawaiʻi’s people, communities, and our natural and food-producing environments”—the things that truly matter to all of us. One of their proposed changes happened this year, with the legislature scheduling minimum wage increases that will take us from $10.10 an hour today to $18 an hour by 2028. While those increases won’t reach a living wage–currently pegged at over $20 per hour for a single adult in Hawaiʻi–it is a big step in the right direction.

The most critical step we all need to take is to remember what’s most important to us: love, well-being, and making a positive impact on our community. We must be willing to make the tough, disruptive choices to rewrite the rules of our economy so it fosters a shared prosperity. And we need to trust that by making investments in people first, we can create a thriving Hawaiʻi for all. 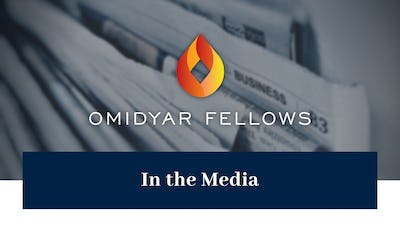